The Cue feature on TouchMix is a really useful function for setup and troubleshooting. But there are a few things to know.

Different mixers use different terms so let’s first talk about what these mean. The first term is “Cue” itself. Typically the term refers to the system on a mixer that allows the user to listen to an input or output channel signal without disrupting what is heard from the mixer’s output. Sometimes the term “Solo” or “Listen” will also be used for the same function. “Solo” can also refer to a related but different function that I’ll discuss shortly. If the Cue system lets us listen to the signal from an input channel, a reasonable question would be “where in the channel is the signal I’m listening to coming from?” On the TouchMix mixers the signal may be a “Pre-Fader Listen” signal (default setting) or an “After-Fader Listen” signal. In fact, some mixing console manufacturers actually label the Cue button “PFL”.

Which one is better – AFL or PFL? It depends on what you want to do. PFL is more commonly used because it lets you hear what a channel will sound like even if the fader is all the way down. That’s very useful for previewing (or should that be prehearing?) an input without bringing it into the loudspeaker system. AFL is most useful if you want to hear what the mix of several channels will sound like. On TouchMix, the Cue system is additive. That means you can Cue multiple input and output channels at once.

Tip: If you’ve Cued up several channels on your TouchMix and want to “un-cue” them, User Button 3 by default is set to clear all cues.

TouchMix mixers offer two ways of hearing the Cue signal – Phones Cue and Monitor Cue. Both are stereo outputs with independent level controls. The phones cue is, of course intended for headphones while the monitor cue would be used to drive a monitor loudspeaker system. This would be used in applications where the mixer is in a control booth or if the engineer prefers, using monitor speakers at the mix position. The monitor output would also be used to drive control room monitors in recording applications.

Tip: The TouchMix-30 Pro monitor output includes a delay. This is used to align the mix-position monitor signal with the arrival of sound from the stage.

Earlier I mentioned “Solo”. This function comes from the recording studio where an engineer might want to listen to a single track or microphone all by itself – or as Italians and musicians would say “solo”. So the recording console would have a “Solo” button that turns off (mutes) all inputs except the one under scrutiny. This is a very different function than Cue. Cue is “non-destructive” meaning that you can do whatever you want with the Cue system and it won’t change what is heard at the outputs of the console. Solo, is “destructive” and does change what’s heard at all the mixer’s outputs. During sound check this function is invaluable. It lets the engineer hear a single input over the loudspeaker system or listen to the entire mix with the touch of a single button – very useful when you’re trying to dial in a channel and see how it sits in the mix.

I mentioned earlier that “Solo” has also been used to mean the same thing as “Cue”. The astute reader will have already concluded that this could cause some confusion and lead to undesirable results. To clear up the ambiguity, the term “Solo In Place” (abbreviated “SIP”) has come to be used to label this function. The astute reader will also have figured out that, while this is a really useful function during sound check, it could be disastrous during performance.

In fact, there are war stories about this. Back in the day, some large analog consoles had a Solo In Place mode that would make the Cue buttons function as SIP buttons. This would be controlled by a switch with a bright, flashing red light to remind the operator to switch back to Cue mode before the performance. If a band’s mix engineer annoyed the crew, one of them could put the mixer into SIP mode and remove the flashing red light bulb. The band starts playing, the annoying engineer steps up to the console and puts on his headphones. As soon as he hits the lead singer’s Cue button, the rest of the band gets muted in the PA and the annoying engineer has a lot of explaining to do. Note that we do not advocate such behavior and neither the author nor any close associates ever did any such thing. These stories are shared only to emphasize that SIP is a powerful tool which should be used with care and that it’s best to not be that annoying engineer.

Tip: The TouchMix-30 Pro Solo In Place mode may be selected from the Mixer Setup page.

On the TouchMix-30 Pro, selecting Solo In Place changes the color and label of the Cue buttons so there is no confusion between SIP and Cue. Since SIP affects only the input channels. The Cue function works normally for all output.

Now that you understand all the ins and outs of Cue, its variations and its relatives, you’ll be better equipped to get the great results your TouchMix mixer was designed to deliver. 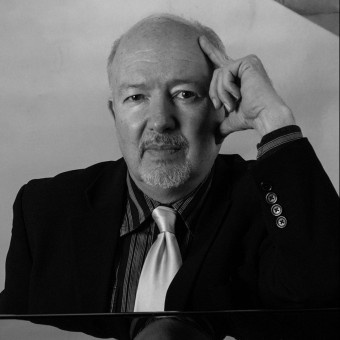 Gerry Tschetter is Vice President of Pro Product Development at QSC as well as a musician who performs in southern California with Boxcar 7, a 7-piece band that plays blues, soul and classic R&B. He led the team that developed the TouchMix mixers and uses one to mix the band from stage.