I have spent the last decade on the control programming side of an AV integrator house and worked for another manufacturer. As I step into my new position at QSC, I am using this blog series to share some lessons I’ve learned along the way. I’m here because I have total empathy for your daily struggles and want to offer fresh ways to combat AV programming challenges.

Topic 1: A Friday Afternoon with Firmware

We’ve all been there…moving on the system Friday evening because you are petrified to break the system during working hours. You push the update button and hold your breath… hoping the update goes smoothly with no issues.  Or walking into a routine service call and walking out three days later after firmware updates are done.

When I start to think about the “joys” of updating control firmware on a traditional hardware-based AV control system, there are a few general rules I try to stick with:

While we all have our own list of “best practices”, we continue to struggle with the ins and outs of today’s world of traditional control programming.  We should ask ourselves – why does a simple firmware update have to be so arduous…and time consuming?

If you’re like me, you’ve probably been working in the same control environment for years. You are comfortable with it, and haven’t had time to consider the other options. Software-based options like Q-SYS can actually save you some time and heartache.

When it comes to firmware updates, platforms like Q-SYS make this process painless. First of all, compile time on Q-SYS designs is lightning fast.  Most designs compile in a few seconds, while the biggest designs finish before you have time to grab another Red Bull.

Updating firmware on a Q-SYS system is automated and takes only a few minutes to complete an entire networked enterprise system. First, the new firmware gets loaded onto the Core, then the Core automatically updates every peripheral in its design.

If you have multiple Cores on the system, you can start an update on one system on the network, then from the same computer, start a second system update in parallel.

When it comes to thinking about exploring new integrated platforms, consider those that allow you to spend your Fridays with family, not firmware.

Learn more about Q-SYS control and Request a Demo here.

One response to “Part 1: The Firmware Struggle is Real” 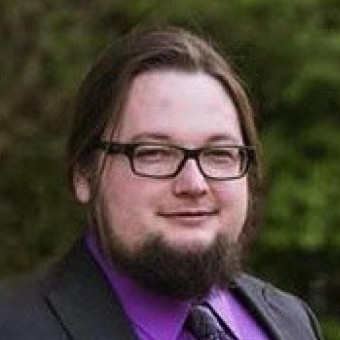 Greg Mattson is the Product Manager, Installed Systems. In this role, Greg brings over 15 years of experience and oversees all control aspects of the Q-SYS Platform. Prior to QSC, Greg served as Director of Technical Services for Crestron where he managed the local engineering team and taught a wide variety of training courses covering design, programming and troubleshooting.