“Software has two types of value: the value of its behavior and the value of its structure. The second of these is the greater of the two because it is this value that makes software soft.” – Robert Martin, Clean Architecture

We live in a software-defined culture. You call a car with an app on your phone. You make a call to Grandma or your doctor via VoIP. Bored on the train, you sort through a never-ending stream of photos and ideas. All of these experiences are fundamentally possible because of their nature as software.

The systems that we had before were cyclical. One decade, everything in one box was streamlined and sexy. The next decade, the failures of these systems pushed people right back to the single-purpose boxes stacked floor to ceiling. This back and forth has occurred over and over within the physical world, but software is suddenly disrupting this cycle.

The collaboration and integration spaces are changing. Suddenly, it is commonplace for a manufacturer to be able to upgrade their systems to new heights with simple software changes. Entire platforms are being built that are completely hardware agnostic requiring just a minimum set of requirements.

As Robert Martin says above, the benefit of these systems is advertised in features, but the power of these systems is in structure. A software-defined product is by nature more fluid than any other system before known to the AV space. A feature can be asked Friday and delivered Monday in this type of framework. While this agile workflow has its own drawbacks, the benefits seem to be overwhelming.

Take, for example, the Zoom Platform. Zoom certainly isn’t the first software-defined communication platform in the UCaaS space but has increased market share year-over-year against some of the biggest incumbents in the industry. Many attribute this growth to Zoom being a platform designed meticulously for the cloud.

This cloud-first and video-first architecture allows for huge degrees of scalability at speeds and costs far lower than more traditional collaboration offerings. With virtually all of the hardware doing the heavy-lifting being housed in the cloud, companies can dynamically grow and shrink to fit their growth or strategy. On top of this, they can make these changes nearly instantaneously compared to the 30- to 90-day requirement to order new on-prem servers, licensing, and provisioning with many other offerings.

This cloud-first strategy also lends itself to a higher degree of mobility than has been possible traditionally. With a distributed global infrastructure, team members can join locally in Canada, Brazil, France, China, and more countries as easily as they could join in the US. This allows for a universal experience across the globe for all users and is one of the many reasons that users consistently rate Zoom’s usability positively. But this distributed infrastructure isn’t just a boon to mobility.

Having this global cloud model also allows for an extremely high degree of reliability. While many aspects of the platform are software-defined, reliability enhancements are the easiest place to highlight these benefits. For example, a software-defined communication platform like Zoom is capable of applying constant improvements to the product. I’m sure that you could easily think of a product support team who told you that your issue was serious, but they couldn’t address it until a new firmware is released in 3–6 months. These kinds of changes can be done on the fly with a software-defined platform in many cases. In others, a light client update takes all of about 30 seconds to get you back to business.

But what if users are looking for their traditional integration tools in the conference room to fit this software-defined model as well?

The best example of this today, in my opinion, is the Q-SYS Ecosystem from QSC. This product line grew slowly and organically after launch, but it has recently picked up a tremendous amount of steam converting evangelists that have been life-long partners for competing brands.

Much of this success is built its the hyper-flexible software-defined audio capabilities. These capabilities of the Q-SYS Ecosystem has been in use for some time in spaces from cafeterias to theme parks, from cinemas to boardrooms. Though the hardware-based ‘Flex IO’ is a huge boon to smaller systems, all systems have applauded the versatility and power available in all Q-SYS systems as a result of the Ecosystem’s ability to rapidly innovate and to process all demands in software. This opens up a greater degree of flexibility and variety without sacrificing performance and reliability.

This year also marks the release of Q-SYS NV Series, its native network video distribution solution. This powerful networked video offering integrates directly into the configuration interfaces to which staff are already accustomed and ties natively into the user interface as well. This integration allows for simple and scriptable routing as well as video preview and controls with stock functions straight out of the box. A young offering, the video system already has a number of highlights to their transcoders as well as a LOT on the roadmap.

As much as people love the audio processing in Q-SYS, or are excited by the shiny new video portfolio, the control capabilities are even more celebrated. With an interface builder packaged with the DSP software, the user experience is front and center for Q-SYS. Whether you use the QSC TSC Series touch screens or a third-party touch screen (iPad/Surface/etc. supported), the interface has always been clean, responsive, and dynamic.

But it’s about to get better.

Q-SYS is leaning in hard to their dynamic roots and ensuring that the user experience is more software-defined than ever. With the official announcement of Q-SYS Designer Software v8.1, which includes CSS defined for UCI styling, the end-user gets more personal than ever. This expanded function allows for anyone with knowledge of basic web development to create a style for their systems that is all their own. It also enables someone not well-versed in CSS to deploy it without needing additional training. These conditions create a world in which highly personal and custom user-experiences are scalable globally with just the touch of a button.

Q-SYS also heavily leverages open API integrations. This allows Q-SYS, as a control platform, to bring in more or expanded functionality from a great number of partners. The current list includes everything from Mersive Wireless Presentation Gateways to Microsoft SurfaceHubs. But this list is constantly expanding. Q-SYS in currently queueing up integrations/plugins with ViewSonic, Philips, SurgeX, Juice Goose, Sennheiser, Audix, and Wyrestorm. Personally, I’m most excited about the upcoming plugin release for Zoom Rooms.

Keeping it Simple & Scalable in the Future

Where the technology grows from here is anyone’s guess, but many common threads have begun to emerge. Simplicity is a key factor among them. The solutions of the future will likely leverage an increasingly-intelligent backend allowing for basic and intuitive user experiences on the front end. Scalability remains a focus for those platforms that are successful in the space as well. A software-defined future is one that can near infinitely scale. The last main benefit being highlighted across many platforms is the increased reliability that decentralization and the cloud can provide. Offloading the operational headache for whatever solution is being implemented reduces the workload on already strained support staff and removes one more roadblock or pain point from the upswing as a company grows and thrives. A service or product offered with layers of redundancy across the globe allows very few possible service interruptions.

Software-defined solutions are all around us and they’re growing. The benefits of these platforms are clear, but more education may be needed to truly understand how these technologies are fundamentally different than what came before. No technology is without its problems, but troubleshooting a loose connector and a buffer overflow require very different skills and backgrounds. Integrators have many of the skills required, but the industry as a whole isn’t as advanced as will be needed for us to grow and proliferate alongside these technologies. The tools exist and the information is out there. How we use it now is up to us. 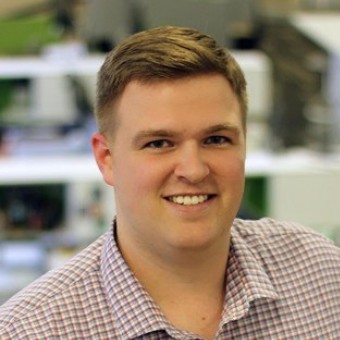 Shane Springer works with Zoom Video Communications as a Solutions Architect designing and implementing creative and scalable solutions for global enterprises striving to connect people. In his spare time, Shane reads and writes about automation, software-defined solutions, design, and the many ways people collaborate.