How the Beatles influenced my line of work

Did you ever wonder how a loudspeaker works? So did I, at a very young age – but I was more interested in understanding the electric guitar after seeing the Beatles on the Ed Sullivan show. It turns out the two operate on very similar (yet opposite) principles.

Having never seen a real electric guitar before, I assumed it meant you plugged it into the wall.  I thought it needed electricity to work. I was amazed, not too many years later, when I learned that it doesn’t use electricity, it actually MAKES it. But how does it play so loud and sound so weird? (compared to a folk guitar, which is all I had ever seen until the Beatles). That’s where amplifiers and loudspeakers come in. I learned that it was all part of the same “ecosystem”.

Let’s start not at the beginning, but at the ending. It’s very simple: to make and hear sound, you first have to move air. Why? Because sound is the perception that’s created in our brain when moving air molecules interact with our eardrums. Yes, this also means that if there are no ears around to receive the moving air molecules, there really is no sound. (If a tree falls…). It’s not “sound” until you hear it. Sound is a sensory perception. Perception requires cognitive processing, which requires a brain – which starts to explain the subjective and emotional components of sound and music, but that’s beyond the scope of this blog!

Moving air requires that resting (or nearly motionless) air molecules are set into motion in the atmosphere. But how? Outdoors, thermal variations in the atmosphere create the wind that interacts directly with our eardrum, or moves other objects that create their own atmospheric disturbances. The moon creates the gravitational pull that moves the ocean tides, which provide the energy that moves the water, which moves the air that we experience as “crashing waves”. You get the idea.

With most loudspeakers, air molecules are set into motion by a vibrating diaphragmatic surface that we call a “cone” (on a woofer) or a “diaphragm” (on a compression driver). Ok, but what sets the diaphragm into motion?

Loudspeakers are a type of transducer, which is a device that changes energy from one form to another.  The most common type of loudspeaker is based on a moving coil of wire. It’s based on fundamental principles of physics involving electromagnetism that basically say that a voltage applied to a conductor in a magnetic field will produce motion of that conductor. For a loudspeaker, that conductor is a coil of wire that rests suspended in a magnetic field, held in place and attached to the diaphragm. When voltage is applied, the coil moves, and so does the diaphragm, which in turn, moves the air in front of it. Pretty simple, right?

The pickup on an electric guitar is also a transducer that works in the opposite manner. A moving conductor in a magnetic field will produce a voltage in a coil of wire. In the case of an electric guitar pickup, a strummed guitar string disrupts the magnetic field in the pickup, which produces a tiny voltage in a coil of wire wrapped around a magnet in the pickup. That tiny voltage is fed to a voltage amplifier, which then delivers that larger voltage to a loudspeaker, which moves the air, which makes the sound… As a kid, I loved the circular symmetry of the system, from striking a chord on the guitar to hearing it. I still do.

See some great animations of a how a loudspeaker works here and a guitar pickup here by Jacob O’Neal of Animagraffs.

Back to loudspeakers. The speed at which the diaphragm moves in and out is directly proportional to the frequency of the voltage that’s being delivered to it. But that only explains single frequency tones. How does a loudspeaker make all of the weird sounds produced by an electric guitar – or an entire orchestral recording? Even though the speaker looks to the naked eye like it’s moving in only one direction (in and out), the diaphragm’s surface is actually (and literally) “dancing” with tens of thousands of different “modal frequencies” all at the same time. It’s the combined perception of all of these tiny diaphragm movements and the accompanying interactions (cancellations and summations) of the sound waves produced by them that allow us to simultaneously hear many different frequencies and overtones, like a whole orchestra playing at once, or a Jimi Hendrix guitar solo. It’s quite stunning to visualize – you can actually observe this using with a signal generator and a strobe light in a loudspeaker lab. While the moving surface of the speaker’s diaphragm looks like organized chaos, the patterns are actually symmetrical and orderly, and have been studied for over 200 years. Check out this great demonstration of Cymatics, which includes “Chladni plates” in action.

Were you inspired at an early age to do what you do now? Please “Leave a Reply” below to share your stories with us. 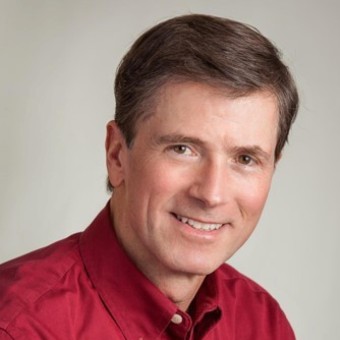