Like most audio equipment, power amplifiers have a lot of specs associated with them, all of which can help us understand the performance and reliability of an amplifier. No single specification ever tells the whole story, which is why it’s important to dig deeper to determine an amplifier’s “fit” for the job.

Most manufacturers, including QSC, specify both the maximum (also called “instantaneous” or “burst”) power capability and the continuous power capability of their amplifiers. The “max power” spec for QSC amplifiers is measured with:

While no amplifier can sustain this power output for an extended period of time, the “max power” gives a good indication of how an amplifier performs on transient peaks. Since the burst is very short, max power is typically limited by one (or more) of these amplifier parameters: the amplifier’s voltage rails, its power supply capacitance or its output stage current limit. Thermal limitations don’t generally come into play with maximum power specifications.

However, thermal management capabilities begin to dominate amplifier power specifications in long-term power delivery. “Long-term” in this context means continuous operation until thermal equilibrium is reached – i.e., the amplifier is no longer decreasing its output power to maintain a safe operating temperature. The “Continuous Power” spec for QSC amplifiers is measured with:

The performance of the amplifier during this test indicates how it will fare delivering significant power day in, day out…. for years. It’s important that an amplifier not shut down or otherwise lose audio during this testing, but rather manage its output power to continue to operate both safely and without interruption. In doing so, the amplifier also safely limits its internal temperature rise. Since heat is the number one enemy of robust long-term operation of any electronic device, comprehensive thermal management is the key to long amplifier service life.

There are two key steps to take when installing amplifiers that maximize the useful life without adding cost. The first is proper ventilation: clean, low-humidity and unobstructed air is critical for cooling an amplifier. Providing an accurate heat load estimate to the venue’s mechanical designers will insure adequate HVAC performance in the rack room without costly overdesign. Second, and just as important as proper ventilation, is powering the amplifiers with the highest AC input voltage (up to the amplifier’s 240 VAC limit) available in the venue. For any given amplifier power output, higher AC input voltage means lower AC input current. This will ease the overall burden on the venue’s power infrastructure. In addition, the amplifier’s power supply is more efficient at higher voltages, so heat dissipation is substantially less.

Below is a graph of AC mains current versus power output at three common AC input voltages. Note that the AC input current at 120 VAC exceeds 30 A at around 2500 W total output power. Compare that with 230 VAC, where the total power output is a little less than 5500 W before the AC input current exceeds 30 A. It’s clear that higher AC input voltage not only maximizes amplifier efficiency, but also reduces instantaneous AC voltage drops on the mains that further limit maximum output power.

The next graph shows the performance of the QSC CX-Q Series CX-Q 4K8 and CX-Q 8K8 amplifiers in a long-term continuous power test. Only the first 17 minutes of the test are shown since the amplifiers reach thermal equilibrium within that time and nothing changes substantially afterwards.

Both amplifiers are driving high impedance loads at 100 V drawing 600 W per channel (CX-Q 8K8) and 300 W per channel (CX-Q 4K8). All channels are loaded and driven with sine waves. For the first ten seconds, there’s a gradual limiting of output power as the amplifier heats up. More aggressive protection happens between 10 and 100 seconds as the amplifier approaches its maximum allowable operating temperature. After this point, the amplifier’s output power and operating temperature stabilize at a level that is both safe and sustainable indefinitely. At no time during this test did any channel exhibit signs of distress, such as excessive distortion, shut down or failure to reproduce the audio signal. 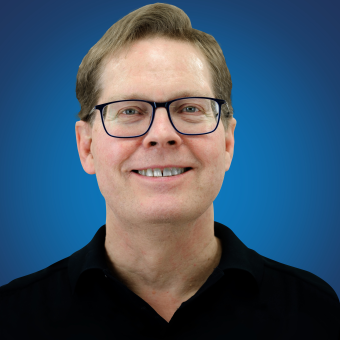