I’ll admit it… I’m a bit late to the “Game of Thrones” (GoT) party. I hadn’t seen a single episode before my trip to Dubrovnik, Croatia this year. During that trip, I learned that Dubrovnik was a key filming location for GoT and on a whim, decided to download the first few seasons to occupy the long plane ride home.

At first glance, I thought I had the show figured out: One family seemed to be clear protagonists, while the other family occupied the throne while being the embodiment of evil. Easy enough, right?  Wrong. The story quickly introduces dozens of different geopolitical subplots along with a gaggle of bizarre characters, all of whom believed they were rightful heirs to the throne.  Halfway through the first season, the only thing clear in this convoluted story was that “winter was coming” and I had NO IDEA what that meant!

AV and IT departments used to be distinct functions within an organization but have since shifted towards a unified, IT-centric organization. CIO and IT departments around the world are being told that audio, video and control (AVC) are now under their care.  However, most IT departments have no interest in fully understanding the nuances of AVC.  Their main concerns are to simply find and deploy a standardized enterprise-wide AVC solution that will solve their collaboration woes and deliver business outcomes.

The AV industry has a new customer in IT, one that is not interested in the “peculiarities” presented by traditional AV solutions cobbled together from discreet components.  We can view this as disruption, or quite possibly the greatest opportunity that we will see in our AV careers.

History Lesson in AV and IT

At the dawn of the internet connected device, the pace of change in the IT industry shifted rapidly, setting the stage for the digital platform cycle. In an era where integration is paramount, software platforms have become the differentiator creating new applications and forms of value while many hardware based systems shifted to commoditization.  IT is firmly in the era dominated by flexible and extensible software driven platforms and eco-systems.

The astute observer will also notice that the “catch-up” time between AV and IT cycles is accelerating.  Where it used to take 10-15 years for the AV industry to catch-up with the accompanying IT cycle, it’s now less than 4 years. The AV industry is entering a software dominated era that will be defined by the ability to come to develop truly flexible AVC ecosystems. Winter, with its IT influence, is certainly coming, and it is coming faster than we think.

What Will wInTer Bring?

Writing your own Story

I’ll leave you with one final allusion to my new favorite TV time guilty pleasure. While all the characters in “Game of Thrones” are fighting among themselves over the right to the crown, a seemingly insignificant Jon Snow wanders into the forest one day and encounters the “white walkers”, an unstoppable undead horde that is hell-bent on total annihilation of the human race.  I’ll argue that this is the true problem in “Game of Thrones”, and the rest of the fighting and posturing between the other characters is just noise. Jon Snow was the only one who had the foresight to identify the real problem and the courage to do something about it.

So I offer a challenge to our industry – manufacturers, integrators, consultants, distributors, and rep firms alike to become “Jon Snow” in your own rights. Your business model must change for you to stay relevant.  We all have a choice: remain foolishly fixated on past paradigms and pretend that the IT industry hasn’t changed the game, or recognize the shift and write our own ending to this story by capturing the new opportunities emerging from the convergence with IT.

Winter is here. Are you ready? 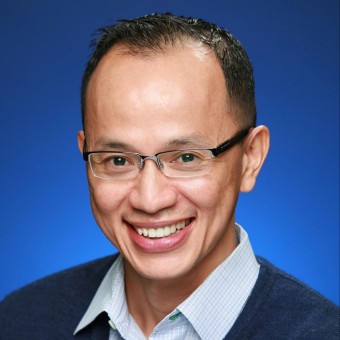