Hello everyone, James Beane, QSC Market Development Manager, and it’s my turn with The Consultant Courier. This week I’m going to take you through the Q-SYS Hover Monitor, and explain how consultants and support staff alike can use this very simple tool to do some extraordinary troubleshooting.

Diagnose With Your Own Ears…From Your PC!

How many times have you encountered a client in an integrated space exclaiming, “My mics not working!”  In the time it takes a support engineer to make their way from their corner of the office to the offending room,  you can troubleshoot EVERY stage of the signal with your own ears. Right where you are. Right from your PC.

Unless your support team desperately want to make their 10,000 steps on the pedometer, you can see how this could free up a lot of wasted time in transit and diagnosing issues. Curious?

What Is The Q-SYS Hover Monitor?

The Hover Monitor, available in Q-SYS Designer Software, enables you to hover over an input or output of any audio, digital or control pin on a component while the Core is in “Run Mode” and get related information on what’s going in or out.  In addition to visual data, you can hover over audio pins and get the audio output to play directly through your local PC’s sound card.

Get A Closer Look

In the far-left example, we’ve positioned our mouse over the output pin on an Audio Player. It provides the name of the source (Track 1), and a small graphical Real Time Analyzer (RTA) describing the input or output of that pin, which confirms you have SOME audio coming out of that component (no idea how it sounds yet).  You’ll note that the audio defaults to “off” and when you move your mouse away, the hover monitor disappears.

In the middle example, we’ve moved to the input of the Mixer component, and enabled the audio from the Hover Monitor audio, which will play through your PC’s default audio driver.  Voila! We have confirmed our audio sounds good at this stage too. You can also PIN the Hover Monitor open, allowing it move your mouse away while the RTA stays visible and the audio continues to play.

In the far-right example, the Hover Monitor is over the exposed Progress Control Pin. Hovering over a Control Pin gives you “live” information about that control signal, including time, level, etc. In this case, you can see the name of the pin (“progress”), and its current value (its current timestamp on the track”).

One of the greatest attributes of the Hover Monitor is its ability to quickly assist with troubleshooting within a live environment.

Programmers/commissioners can take advantage of the Hover Monitor when configuring systems off site prior to loading configs to the Q-SYS Core processors. By using the Signal Generator component, along with the Hover Monitor, you can reduce your deployment time by ensuring that your audio signal paths are set-up correctly prior to being on site.

In short, WE LOVE THE Q-SYS HOVER MONITOR! It offers benefits at all stages of a project, including a live deployed environment. Whether you use as a tool to test designs, speed up deployment or utilize as a class-leading realtime troubleshooting tool, the Hover Monitor can be just what you need!

If you want to see the Hover Monitor in action, check out this video. 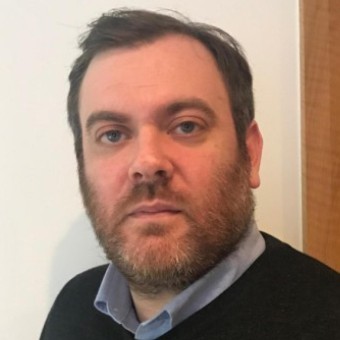 James is Market Development Manager for Enterprise Systems in the UK. James has worked as a technical engineer & project manager in AV for over 12 years and currently supports the end users and AV consultant community in his region with guidance on system design and specifications.