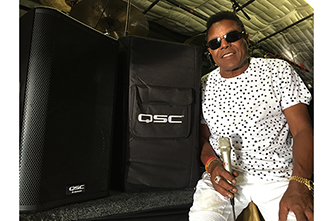 Award winning artist Tito Jackson of the Jackson 5, is currently in rehearsals for an upcoming tour with his new solo band. He will be playing a number of upcoming shows with his son’s (Taj, Taryll and TJ) multi-platinum selling band 3T. Tito and the band initially set up with the rehearsal facility’s house PA system for … Read More 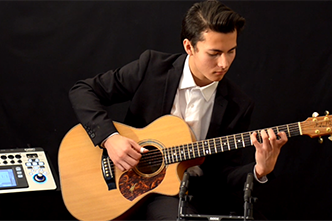 Emerging fingerstyle guitarist phenom Joseph Balfe from New Zealand is quickly making a name for himself. At the young age of 17, he has already won numerous awards throughout New Zealand & Australia including Overall at the NZ Gold Guitar Awards. He has even already shared the stage and performed a duet with legendary Australian guitarist Tommy … Read More 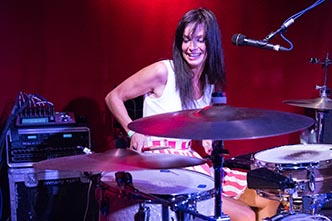 We caught up with the band Little Hurricane at The Slidebar in Fullerton, CA.  The band is using the TouchMix-16 compact digital mixer for in-ear monitor mixing and multi-track recording of their live shows. Luckily for us, the Slidebar is right down the road from QSC so we decided to bring a few GoPro cameras and help Little Hurricane … Read More 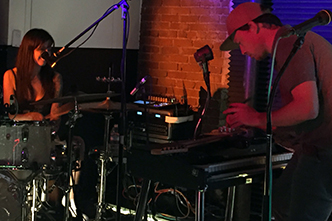 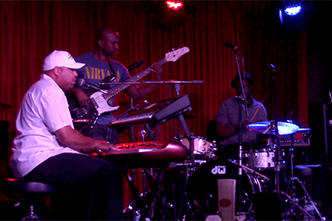 I recently caught up with soul keyboardist Frank McComb at the Catalina Bar and Grill in Los Angeles where he was mixing and multi-track recording his trio, from the stage using the TouchMix-8 and K Family powered loudspeakers. In the video below, Frank goes through his set up along with a short clip of one his original songs performed … Read More 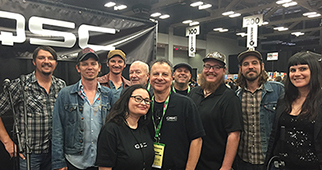 QSC displayed and demonstrated the TouchMix compact digital mixer along with K Family powered loudspeakers at this year’s SXSW Music Gear Expo in the Austin Convention Center.  The TouchMix and K Family are the perfect sound system for gigging bands, DJ’s, rappers, clubs and venues who want to sound their best! Special thanks to the following musicians/bands who … Read More 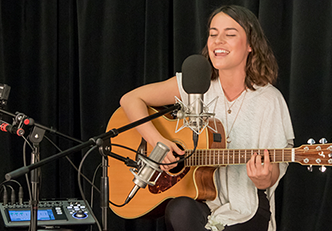 Check out the sweet sounds of independent singer songwriter Raelee Nikole, performing her song, “Dreamin‘” recorded and mixed on the TouchMix-8: The TouchMix is the perfect mixer for recording and mixing the audio for live performance videos.  It enables you to record and mix your songs and then import your final mixed stereo file directly into your video-editing software such … Read More