I’ve been blessed to have been around some incredible musicians throughout the years. I’ve stood in awe and amazement at their skill, talent and total command of their craft, and on many occasions, struggled with the little demons on my shoulders whispering, “you need to practice more” in one ear and “you should just hang it up” in the other. If you’re a performer, chances are you’ve experienced this yourself, and from what I’ve learned so far, I can tell you that neither demon’s approach will result in what we really want – happiness.

The dance of joy

Have you seen those social media videos where a small child hears a piece of music and just starts singing or dancing? You know, the ones where they’re just going for it – the joy in their hearts written all over their faces. Not a care in the world, right? When you see that, how do you feel? I’ll bet that those videos make you feel wonderful inside. You may even think – just for a moment – about how long it’s been since you felt like they do. And you’re not alone. Those videos go viral, shared by millions of people, because they touch something that we’re all born with, but somehow lose along the way. What those videos capture are tiny little humans expressing themselves authentically and fully, without worry about what anyone will think if they misplace a note, don’t keep perfect rhythm or mispronounce a word. They are moved (compelled) to sing, or dance, or play – right there in that moment. It’s how they were created and they just need to get it out. The result of their unreserved, natural expression is nothing short of joy and happiness, not just for themselves, but for their audience as well, and that is the essential basis for what we call Play Out Loud.

I can’t begin to count the number of hurried commuters I’ve encountered whose days were made just a little bit brighter by some guy on the street having the time of his life, grinning ear-to-ear, drumming on his paint bucket like he was Buddy Rich. Or, the trombonist whose amazing tone reverberated for what seemed like forever along the long, white-tiled tunnels of the subway station. Sure, they were busking for dollars, but man, they sure looked like they were having fun. I spoke with the trombonist one cold, NYC morning as he was between songs, just to let him know how much I enjoyed what he was doing. I asked him where else he played, as he clearly had big-time professional chops. Unexpectedly, he shared that he was third trombone in the Symphony Orchestra. I asked him why he played in the subway and he very matter-of-factly responded, “It’s fun, and people like it.” Play Out Loud.

Sometimes, as performers, we chase perfection but lose the purpose and meaning of the art in the process. Dr. Wayne Dyer is famously quoted as saying, “Don’t die with the music still in you.” While the word “music” is used figuratively, the statement is profound in its potential impact for performing artists. Have you ever found yourself playing it safe instead of taking a chance on stage during a live performance? Have you written a piece of music and never performed it live for anyone? Have you recorded original music and not shared it because the mix isn’t right? I’m guilty of all of the above as, of course, those two little shoulder demons are very persuasive little communicators. But the impact of those decisions was really brought home for me when a business colleague of over ten years who didn’t know that I was a musician heard me tooling around on a keyboard. The conversation went something like this:

R. “Yup. I’ve been playing since I was seven years old.”

T. “I can’t believe I didn’t know that. Why doesn’t everybody know that?”

T. “What is that song you were playing?”

R. “It’s an original piece I’ve been working on.”

R. “Oh yeah. I have a bunch of stuff, but it’s just not ready for prime-time yet.”

T. “Why are you keeping that music to yourself? You’re depriving us of joy. Don’t do that – it’s selfish.”

BAM! There it was, like a slap in the face, awakening me to the realization that not sharing my music with others was indeed an act of selfishness. And the worst part about it was that neither my colleague nor I (nor anybody else) was getting any benefit from that course of action. Nobody was happy about it. What was I holding on to? What was I hoping to achieve? What was I afraid of? This deeply impactful 30-second conversation with a colleague (now, a close friend) awakened me to the realization that if I didn’t change my thinking, I very well might die with my music still in me – literally. There is a teaching found in the ancient Indian Rig Vedas that says, “All that is not shared is lost.” It’s a profound assertion, but it speaks to the responsibility we all have to pass things along – to pay things forward, so to speak. As artists and performers, we’re blessed with a gift. But the real value in this gift is realized not by keeping it, but by sharing it, as it is, so that others can benefit from it as well. Play Out Loud.

Last winter, during the darkest days of the pandemic, I did a few Holiday livestreams on social media, mostly for friends and family, where I played solo keyboard and did some storytelling about my relationship with the songs. But going into it, I did have many reservations that I could pull it off. It would be live, and I was a total newbie to livestreaming. How would it look and sound? (Doubt) What if I pressed the wrong buttons on this new keyboard I’m just learning and it’s a train wreck? (Need for safety) And these are new musical approaches to songs people are familiar with. What if they think they’re strange? Heck, what if they think I’m strange? (Need to belong) I definitely had enough reasons to put it off until next year, but by now, I’d been embracing the Play Out Loud mindset and was determined to live in the moment and deliver the best version of myself possible, in that moment. As hoped for (need for approval), the friendly audience offered many positive comments but most significantly, the majority of comments weren’t at all about my playing, or the arrangements, or my stories, or the sound and lighting, but about them – how the music made them feel. How the intimacy of the experience gave them comfort. How the hour we spent together brought them joy at a time they really needed it. And despite my many musical and technical flubs (I’m still highly self-critical), as the performances came to a close, I was really – no, profoundly – happy.

We’re incredibly happy to announce the premiere of our latest Play Out Loud artist video, featuring drummer and percussionist Kenny Galbraith. Kenny’s journey led him from Nebraska to Huntington Beach – without a job or a home – just because “Surf City” sounded like a cool place to live. We follow Kenny’s story from busker, to playing in a local band, to becoming a recording and touring musician (with a hysterical rebuke from none other than Howard Stern thrown into the mix). Kenny’s boundless joy and passion for his art will surely move you and inspire the Play Out Loud spirit within.

See our first Play Out Loud video featuring songwriter and vocalist, Cedrice –  a top contender on the NBC TV show, The Voice. Hers is an inspirational story of overcoming personal struggles by discovering and sharing her musical gifts.

One response to “What is Play Out Loud and Why Does it Matter?” 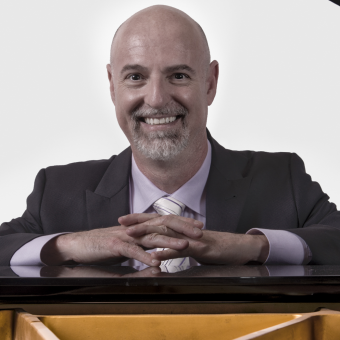 Before joining QSC in 2002, Ray’s background included life as a professional musician, principal of a New York-based creative advertising and production company, and national accounts manager for the world’s largest musical products company. At QSC, he’s served in key leadership roles, most predominantly having guided the market introduction of several blockbuster product series including Q-SYS and the K Family of products. His passion for all things Marketing and Brand is only eclipsed by his (reasonably-healthy) obsession with technology and his love of playing the piano.