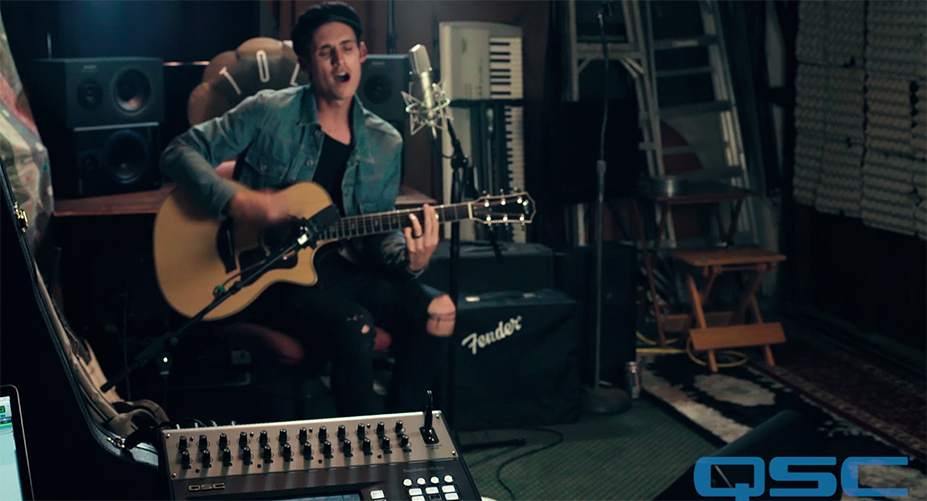 Recorded on the TouchMix-30 Pro digital mixer to Pro Tools and mixed in Pro Tools.

Video was shot, edited, recorded and mixed by Scott Lehman of Blowhole Sound

I used the mono signal from the Royer 121 as a guide, as well as blended it into the final mix.

Because the loop pedal output is only one track there was is no way to adjust volumes or add effects or panning of each separate loop for a better sounding final result.  To get around this, I used a combination of the AKG 414 and the DI (bypassed loop tracks) and copied and pasted each loop section to a new track in Pro Tools to create separate individual tracks for percussion, rhythm and lead guitar. Then I mixed each individual loop part using panning, volume, effects, amp simulation etc. The 414 track was tricky as I could not loop a section that he was singing in because of bleed, so I used the DI track accordingly. Certain parts were left alone like the solo as it was only played once.

There were no overdubs used, I manually looped everything to copy his performance in order to get a more balanced mix. Channel 1 and channel 4 were both used without any edits in the entire song. Channel 2 and 3 were cut up to obtain the final sound.